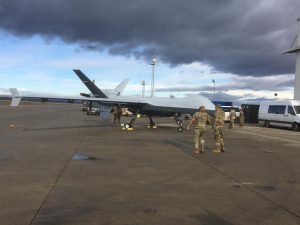 A light aviation incident occurred at Air Base 71 in Câmpia Turzii in Cluj County. A MIG 21 Lancer aircraft, belonging to the Romanian Air Force, suffered minor damage on landing, according to ClujToday.ro.

Here is the official communiqué of the Romanian Ministry of National Defense:

”A double-command MiG-21 LanceR aircraft, equipped with the 71st Câmpia Turzii Air Base, was involved on Tuesday, February 23, around 6.30 pm, at the end of a training flight, in an incident without serious consequences.

The Chief of Staff of the Air Force ordered the establishment of a commission to investigate the causes of the incident.

Also, according to the aviation procedures, it was ordered to stop the flight of aircraft of this type, except for those performing the Air Police combat service, until the clarification of the circumstances that determined the occurrence of this flight incident”.

Romanian PM: We expect public deficit under 7% of GDP this year