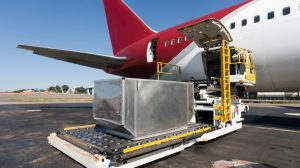 Six airports in emerging Europe rank amongst the top 10 fastest growing freight hubs in Europe over the last decade, with three – Burgas in Bulgaria and Cluj-Napoca and Timișoara in Romania – making the top five, according to Emerging-Europe.com.

Riga in Latvia, Bratislava in Slovakia and Vilnius in Lithuania are the three others which make the top 10.

The research, by CP Cases, manufacturers of high-performance protective casing, looks into data from the European Commission between 2008 and the latest annual data in 2018 for emerging European freight markets.

Burgas has seen a 699 per cent increase in freight tonnes per annum over the past 10 years – the third highest growth in Europe, behind two Spanish airports, Zaragoza (843 per cent) and Valladolid (837 per cent increase).

Overall, however, Riga is currently the largest freight hub in emerging Europe (and 26th in Europe), processing 24,628 tonnes per annum.

Films presented at TIFF festival, screened in Bucharest this summer

Expert: Romania is important candidate to host US troops relocated from Germany